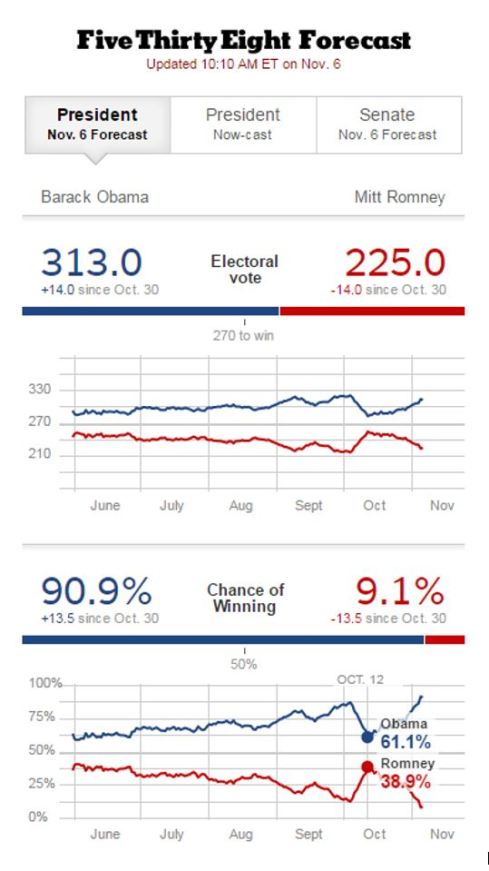 There is no guarantee we will see a similar pattern in 2016, but polls lag public opinion, and the polls taken since the debate last week show a huge bounce for Clinton. There is some information on Vox below about what the polls mean and where the bounce is the biggest for the 2016 election.

Donald Trump’s polling since the debate has been dismal https://t.co/zJMyn3Ztkm

The apocalyptic fall of @realDonaldTrump See forecast update at 6PM at https://t.co/GcqDiZ5E0H

I’ll try to blog some more about the election in the next month. I’m pretty interested in methodology used in the forecasting models. If you have any requests, let me know.

This entry was posted on Tuesday, October 4th, 2016 at 1:50 pm and posted in Uncategorized. You can follow any responses to this entry through the RSS 2.0 feed.
« dynamic programming day
Why you see Christmas items in stores during the summer: a story about supply chains »