a journey to the German OR Society Conference

Earlier in September, I gave a semi-plenary at the 2014 German OR Conference in Aachen, Germany. It was a wonderful conference and experience that will inspire at least another blog post or two. The German OR Society and Marco Lübbecke were wonderful hosts and conference organizers. There were more than 850 attendees, 500 talks, and an impressive group of plenary and semi-plenary talks.

Earlier I blogged about Mike Trick’s plenary talk on Major League Baseball scheduling and analytics that opened up the conference. I’m finally getting around to blogging about my talk on emergency medical services. For another take, see Mike Trick’s blog post about my talk. I learned a lot by giving the talk and talking to German researchers. Emergency medical services are operated in different ways in different parts of the world. It was refreshing to talk to other researchers who are looking at healthcare delivery issues from a different perspective than we have in the United States. It was also fun to catch up with two of my favorite bloggers (Mike Trick and and Marc-Andre Carle) at social events and meet some Punk Rock OR readers from across the pond.

I posted the slides to my talk below.

I took a few pictures from the conference and from Aachen that capture some of the highlights of the trip.

At the reception with Mike Trick and Marc-Andre Carle. 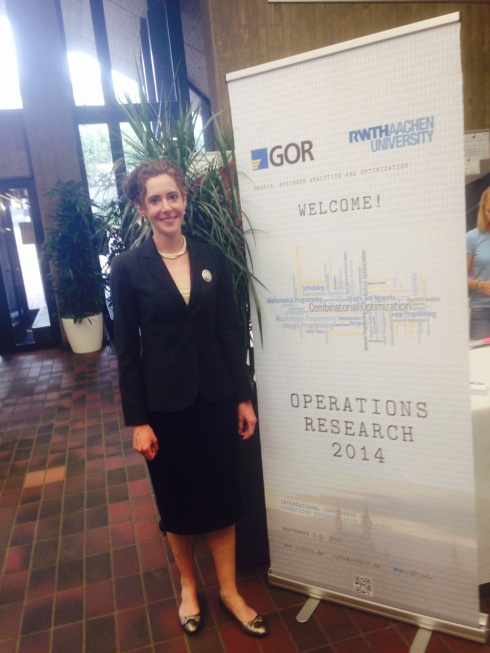 There were pretzels at almost every meal and snack break.

A statue in a square in Aachen.

A square in Aachen.

I ran into Belguim and the Netherlands and found the Dreiländerpunkt [three-country point].

The conference bags were pretty snazzy. 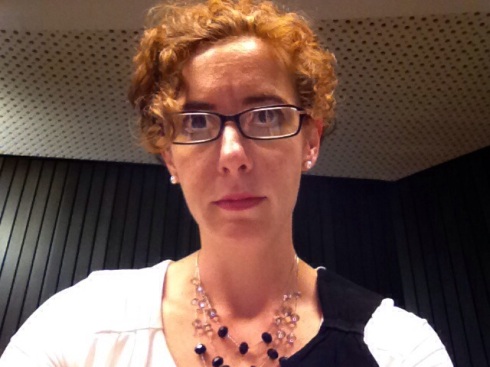 A snapshot of me blogging about Mike Trick’s keynote as taken by my laptop. I didn’t realize how serious I look–blogging is a lot of fun, I swear!

The German OR society has a great mascot: a GORilla!

This entry was posted on Tuesday, September 23rd, 2014 at 7:22 am and tagged with invited talks and posted in Video, Screencasts, Media. You can follow any responses to this entry through the RSS 2.0 feed.
« land O links
in defense of model complexity »

One response to “a journey to the German OR Society Conference”