I attended the International Conference on Risk Analysis, Decision Analysis, and Security at Tsinghua University in Beijing on July 21-23, 2017.
The conference was organized by Mavis Chen and Jun Zhuang in honor of my UW-Madison Industrial and Systems Engineering colleague Vicki Bier. The conference was attended by Vicki Bier’s collaborators and former students.

I enjoyed listening to Vicki’s keynote talk about her career in risk analysis and extreme uncertainty. Vicki talked about drawing conclusions with a sample size of one (or fewer!). In her career, Vicki has studied a variety of applications in low-probability, high consequence events such as nuclear power and security, terrorism, natural disasters, and pandemic preparedness. She stressed the importance of math modeling in applications in which the phenomenon you are studying hasn’t happened yet. In fact, you never want these phenomena to happen. Vicki told us, “I am a decision analyst by religion,” meaning that decision analysis is the lens through which she views the world and how she first starts thinking about problems, always recognizing that other methods may in the end provide the right tools for the problem.

Vicki has collaborated with many people of the years, and she shared several stories about her collaborations with her former students. I enjoyed hearing the stories about how her students challenged her and pushed her research in new directions. For example, Vicki told us, “Jun Zhuang made me confront my lifelong distaste for dynamic programming.” Vicki ended her keynote outlining her future work, noting that is not yet ready to retire.

Several conference attendees took a field trip to the Great Wall of China and to visit the tomb of the thirteenth emperor of the Ming dynasty, the only tomb that has been excavated underground, and the Ming dynasty’s summer palace. Many thanks to Mavis Chen and Jun Zhuang for their outstanding organization of the conference!

Pictures from the conference and its side trips are below. 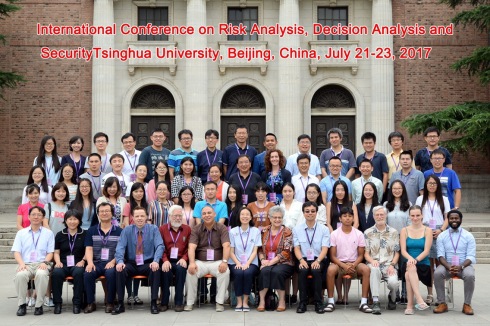 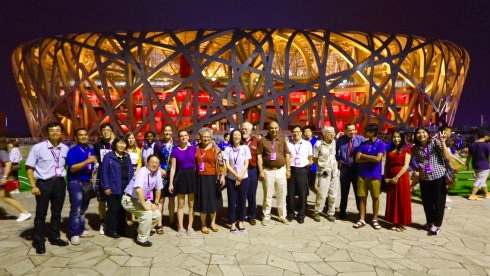 At the #greatwall outside of #Beijing #china

At #Tsinghua university in #beijing #China

Outside of #Tiananmen Square in #Beijing #China from Madison #OnWisconsin

Among the #lotus flowers in #Tsinghua university in #Beijing #China

At the #SummerPalace in #beijing #China enjoying #lotus flowers 🌺

Outside the 13th #ming #dynasty #tomb in #beijing #china

This entry was posted on Tuesday, August 8th, 2017 at 9:12 am and tagged with decision analysis, homeland security and posted in Uncategorized. You can follow any responses to this entry through the RSS 2.0 feed.
« optimization for medicine: past, present, and future
Sports scheduling meets business analytics: why scheduling Major League Baseball is really hard »

2 responses to “risk analysis and extreme uncertainty in Beijing”